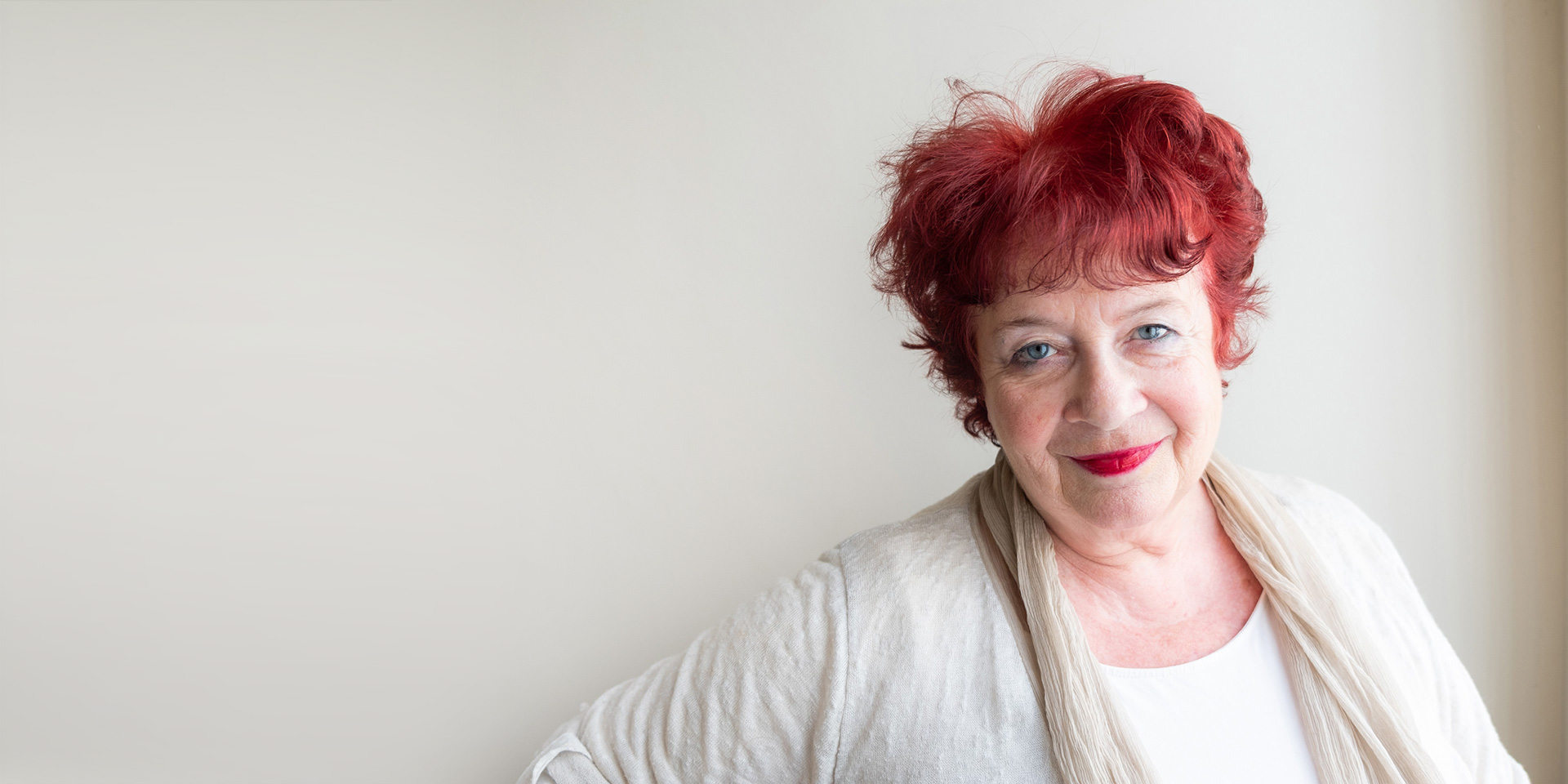 Vivienne has published five collections of poetry, won several awards and has performed her work in festivals throughout Europe. She is the author of The Barefoot Road, a novel exploring attitudes to the outsider, set in the microcosm of a village in Transylvania.

Vivienne says of her writing: “I don’t choose a story or a poem. It chooses me.” She has a strong sense of the spirit of place and it has often been a foreign “yet strangely resonant” landscape that has inspired her work, from the remote mountains of Transylvania to the steppes of Mongolia, Siberia and the wilds of Anatolia, from where she drew on the deep connection with the power of nature for the themes of some of her poems.

She has published five collections of poetry, has performed her work in festivals throughout Europe, and is winner of the Piccadilly Poets’ award, the Mail on Sunday’s Best Opening of a Novel competition, Flash 500’s prize for short prose, the Paragram 2014 national competition for best poem, and its 2015 prize for best “petite prose”. She has also taught creative writing in universities in Transylvania and runs a writers’ workshop in Paris.

She co-wrote and co-produced the film January 1940: The Narrow Gate of Miklos Vermes, a documentary for French television's Canal Plus, on her father's escape from Nazi Hungary. 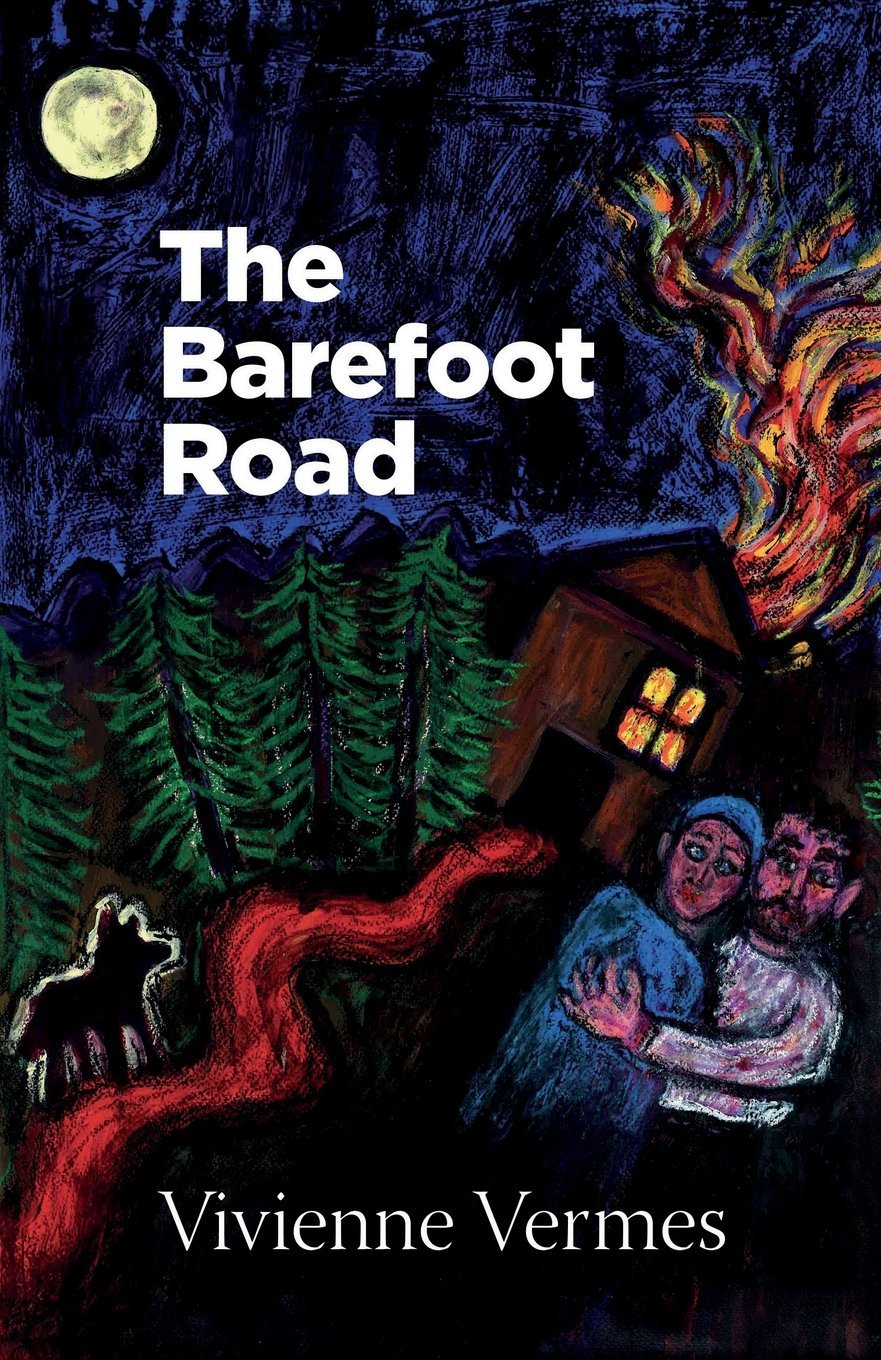 The Barefoot Road evinces a poet’s sensitivity towards language and a dramatist’s understanding of plot. As the story unfolds, it becomes darker and more violent as its depiction of the incomprehensible cruelty of man toward man reaches crescendo. This novel stays with the reader, resounding in the daily news where the fear of what is not understood soon transforms into dogmatism and intolerance.

A young woman is found, emaciated and unconscious, in the mountains surrounding a village in Transylvania. When it is discovered that she is of the same ethnic group that was violently driven out of the region years before, old wounds are reopened as villagers are reminded of their part in the bloodshed.

An uneasy peace is maintained until a young married man falls in love with her, and tensions rise within the community.

When a child disappears in mysterious circumstances, the tension mounts into hysteria, driving the story to its chilling outcome.

While the story unfolds in the microcosm of a small village in the past, its themes are as universal as they are timeless: the fear of the outsider, the supernatural versus the rational, and the force of desire between man and woman.

The Taste of Dark Blue

The taste of dark blue

“Every painting found a poem, every poem found a painting.” When Israeli artist Tali Neeman Sabo and author Vivienne Vermes found each other’s work, they felt they were telling a similar story in different mediums. During the lockdowns caused by the Covid pandemic, they created a book about the joy and suffering of being a woman. Proceeds go to the Hasharon Rape Crisis Centre in Raanana, Israel, where Tali works as a volunteer. 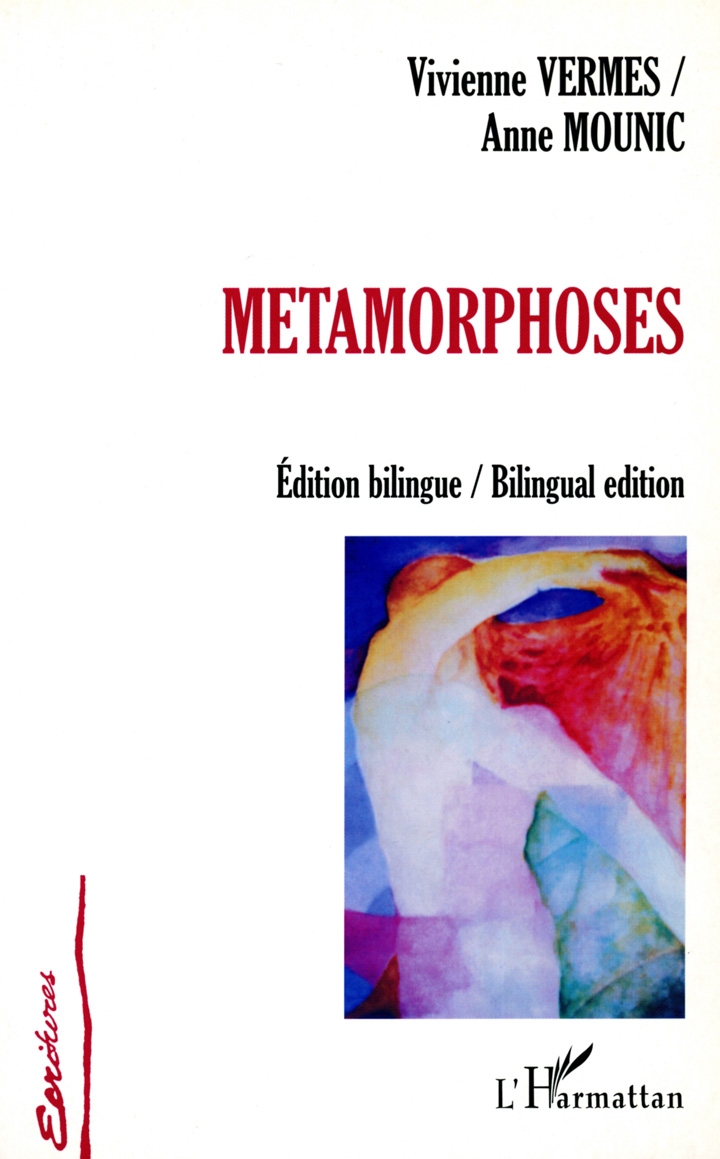 Paperback
A bilingual English-French collection of poems and prose, with co-author Anne Mounic. A book with two voices, in two languages, by two writers, each translating the other’s work, a book with a double identity. (Editions L’Harmattan, 2003)

Vivienne met French writer Anne Mounic at a reading in Shakespeare and Company, the famous bookshop on the left bank of the Seine. Later, the two poets exchanged their work. An idea was born: a book with a double identity — each poet recreating the other’s work in translation.

THE GRIEF TREE (Listen to this poem) The Grief Tree_Vivienne Vermes.mp3

Mama, I am your Christmas tree
Look where the baubles
Burst from my girl's breasts
To shine in your living room
Look where my mouth
Stuffed with snow
Almost, almost
Sings you carols
Mama, my branches were
Brought here gently
Hushed by huskies
My white-clothed limbs were brought
To brighten you

Mama, tie my trunk tighter with a golden bow
Don't go below, Mama,
I stop
In the pot

My roots are in the garden, Mama,
There, at the edge,
Where the sea slops up
Its weeds and whispers
My leaves have almost drowned
Nightly since I was born

Tangled with the things
The sea brings in
Bones, bits of people, Mama,
And a bundle so burned
It screams the whole night long
By day it is struck dumb
Dangling with disbelief
Caught in the spear-edged
Leaves, here,
In my grief tree

Mama, tie my trunk tighter with a golden bow
Don't stop, sing a carol, Mama,
Shriek good here till the roof fall in
So the tide
Of my each night's deformity
Will not disturb
Your Christmas cheer. 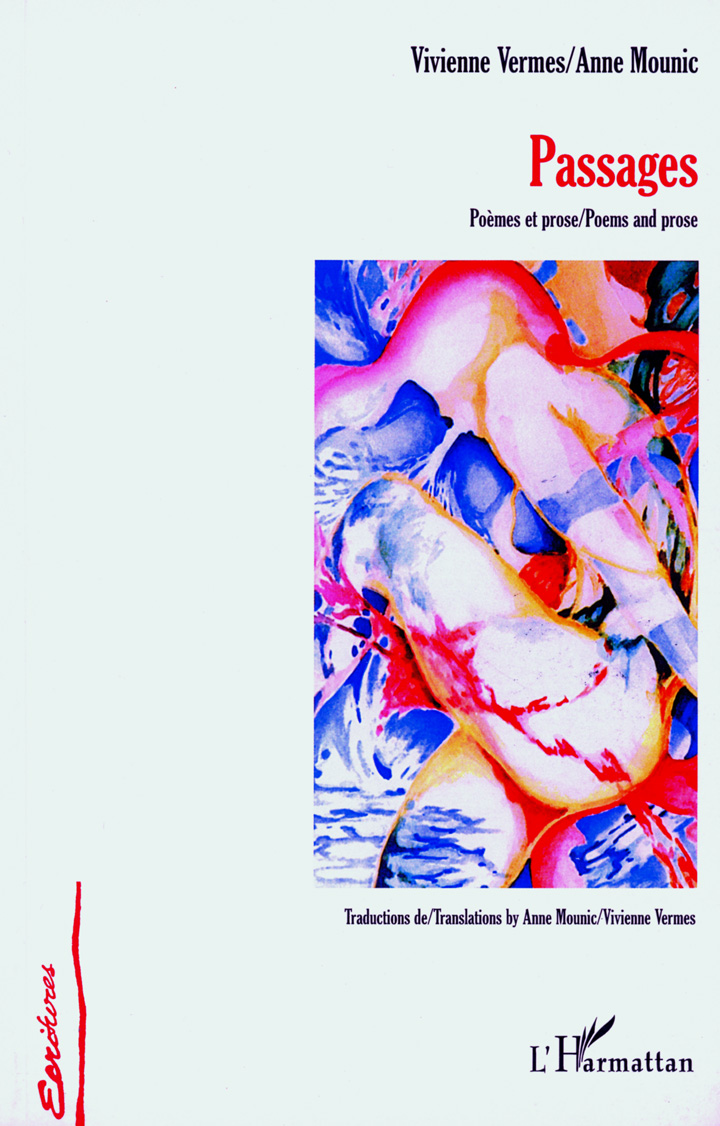 From Metamorphoses, their first volume, to Passages, French writer Anne Mounic and British poet Vivienne Vermes, each translating the other’s work, combine to invite the reader into a world of humour and sadness, colour and darkness.

It’s a rough deal, I tell you,
Ours is a noisy household,
Prayers rattling the walls from noon till night,
“Lord, give us this, God, give us that,
Lord, let us win the war,
No, Lord, they won last time, it’s our turn.”
I mean, you can’t please everyone.
I’m sorry for Him, really,
But the power’s gone to His head.
I mean, he thinks he made the world in seven days,
Seven days! I was in labour for ten million years,
Chips of rock split my belly,
And came out molten.
Lava exploded from my body,
Turned the universe orange.
I was the volcano
I do consist of layers and layers, and layers.
The world knew it, once,
Statues to me all over the place,
Soil full of swollen-bellied homage,
They were on the right track,
He was the House Husband.
Now I have to clear up after Him.
It’s a mess, I tell you,
House stuffed with dogma and ideas –
I don’t mind the dust,
It’s all those beliefs that get me.
I’ll have to have a word with Him,
When he has a minute,
About who really wears the Trousers. 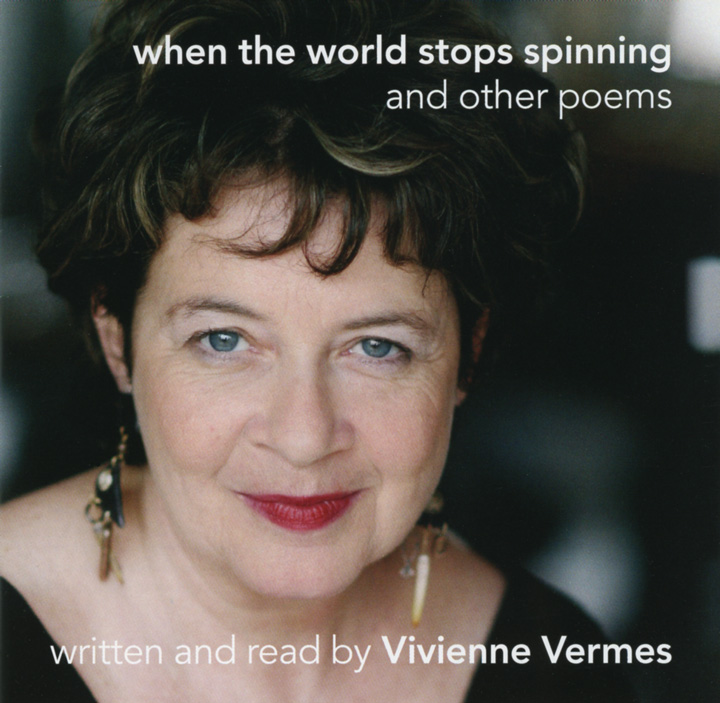 When the World Stops Spinning

When the World Stops Spinning

CD: a recording of the author reading her own work. Available by direct contact: viviennevermesauthor@gmail.com
Price: £6.99 / €8

WHEN THE WORLD STOPS SPINNING
(Listen to the title poem)
When the World Stops Spinning_Vivienne Vermes.mp3

I have the world — so they say — At my fingertips.

Look, world, and marvel
How I spin you at my pleasure
Here, a healing ocean blue
There, a mountain filled
With a necessary glacier, spikes of rocks,
Here, a desert, sand and hidden gold
Of myths, walked by old, brown feet
Helping in the beat they tread
Toward eternity.

World, I have you at my fingertips
As they say —
Have money, will travel
Will pick a cherry from an orchard or two
Will taste a glass of Chinese beer
If that's too weak, a Brazilian rum,
If that doesn't exist, some rough Dutch gin
Or a tumble in the hay,
Or a tumbler of sin,
Drunk at arm's length
In an Amsterdam bar which is dark
With faces that match the walls
One of those places where no one can see
Who you are, or how
Your world
Spins

The morning after.
World, you move round
To the sun
Like a child, smooth with
Love.
Dawn still.

World, was it only
The fear of you stopping in the night
That kept you at my fingertips

When all my life

I could have held you
In my arms? 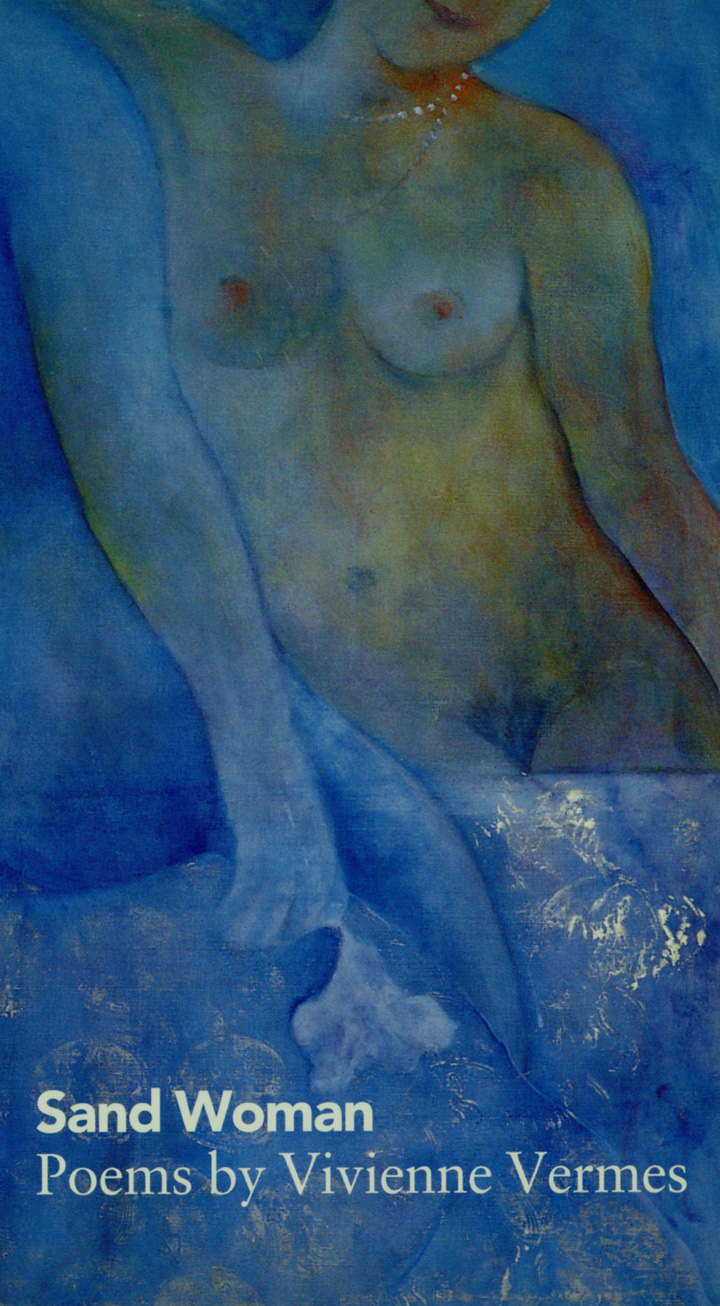 Sand Woman
Paperback
A collection of poems, drawing together threads of humour and sadness. (Rebus, 2000)

A collection of poems that evoke a landscape where the elements and feminine archetypes — Wolf Woman, Sand Woman, the Vouivre and the Crone — invite the reader into a sinewy world where myth and nature intertwine.

THE ENGLISH LESSON (Written while teaching English as a foreign language, having to use a boring method, following a character called Alice through day after day of her humdrum existence, and imagining a more interesting life for her.)

UNIT ONE, LESSON ONE:

Oh flying hair, fuzz of fur, arch of sweat-back on the straw, aching-hurry, hurdle me, she cried, life is short, dance on me, put the wind up me, lust me to kingdom come, for Christ's sake take your shirt off, DON'T JUST STAND THERE!

In the sticky stables, smelling of wood mould, rodents rustling under cover, slats of summer light shine lines on skin, but Alice goes for hair and shadows, the dark grunt that follows her hog pig hunger, with the ravenous cavern dilating, craving the liquid fruit, with the grasping afternoon caving in all over, under, up, between, the straw world in her mouth and still she wants much, a mountain of more. . . 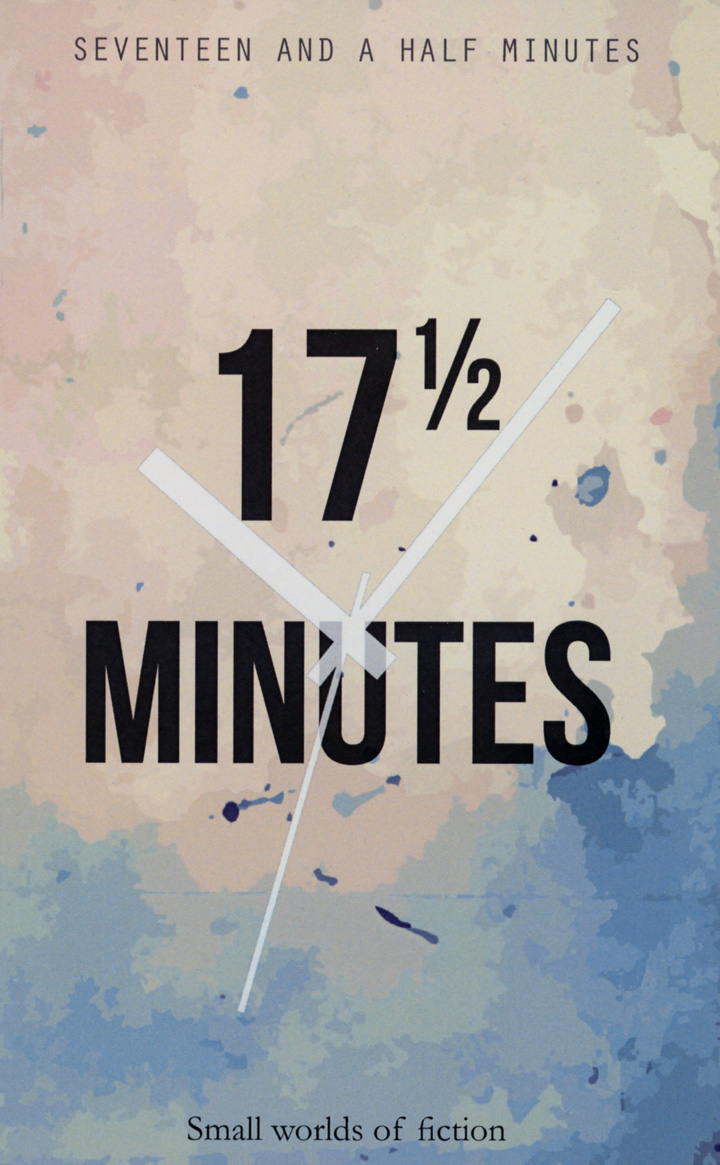 17 and a Half Minutes

A group of English-speaking writers meet every fortnight in Montparnasse, Paris. They each scribble an idea, a word, a phrase — anything that comes to mind — on a scrap of paper and throw it into a hat. They pick an idea at random, and write about the subject for 17 and a half minutes. Poems, prose, dialogues, monologues — whatever come up, they write down and read aloud. The process is liberating — gone is the pressure of perfection; welcome to the spontaneity of creativity without the censor. Some of the pieces became the starting point for a poem, a short story, even a novel. Some of the texts have been published, and won prizes as flash fiction. Nine writers, 17 and a half minutes.